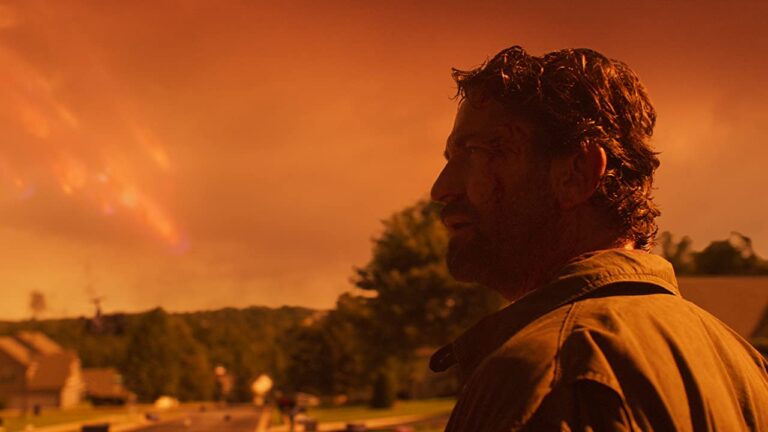 It seems like ages since the last mid-to-high budget disaster film hit theaters. Greenland hit the big screen (what few are open) and premium VOD in late December, 2020, and hit regular VOD in February, 2021. While COVID-19 vaccines are injected into arms at an increasing pace, there are still significant restrictions in place. A perfectly appropriate time for a disaster-suspense release featuring anything but viruses.

Greenland comes in with a modest $35 million production cost, an increasingly rare mid-budget value flick amidst a spectrum of comic book and franchise action movies at one end and indie/Netflix entries at the other.  The film stars Gerard Butler, Morena Baccarin (of Deadpool fame), Scott Glenn, King Bach, and Roger Dale Floy. The plot centers around a recently discovered comet impacting Earth and a suburban middle class family’s struggle to seek safety.

The Comet Clarke hurtles towards the blue planet with the media emphasizing its brilliant spectacle while minimizing its risk to humanity. Not long into the film, Gerard Butler’s John Garrity, alongside his recently separated wife Allison and bookish young son Nathan, realizes that the risk is not only real, but implies total catastrophe and near total distinction of the human race. Pieces of the comet began to strike Earth, causing regional destruction and leading to widespread chaos and panic.

Their only hope is a military evacuation program, where only a select portion of citizens have been picked for survival (think Deep Impact). As a highly skilled architect deemed pertinent towards rebuilding society, John and his family have made the list. All goes [even more] wrong, when the trio get to the evacuation center and discover that Nathan is not allowed to board due to his diabetes. The family, in an attempt to ultimately stay together throughout the impending fallout, get separated from each other. The odds are against them as they now must face a frantic population and plunging bits of space rock causing destruction at every turn. 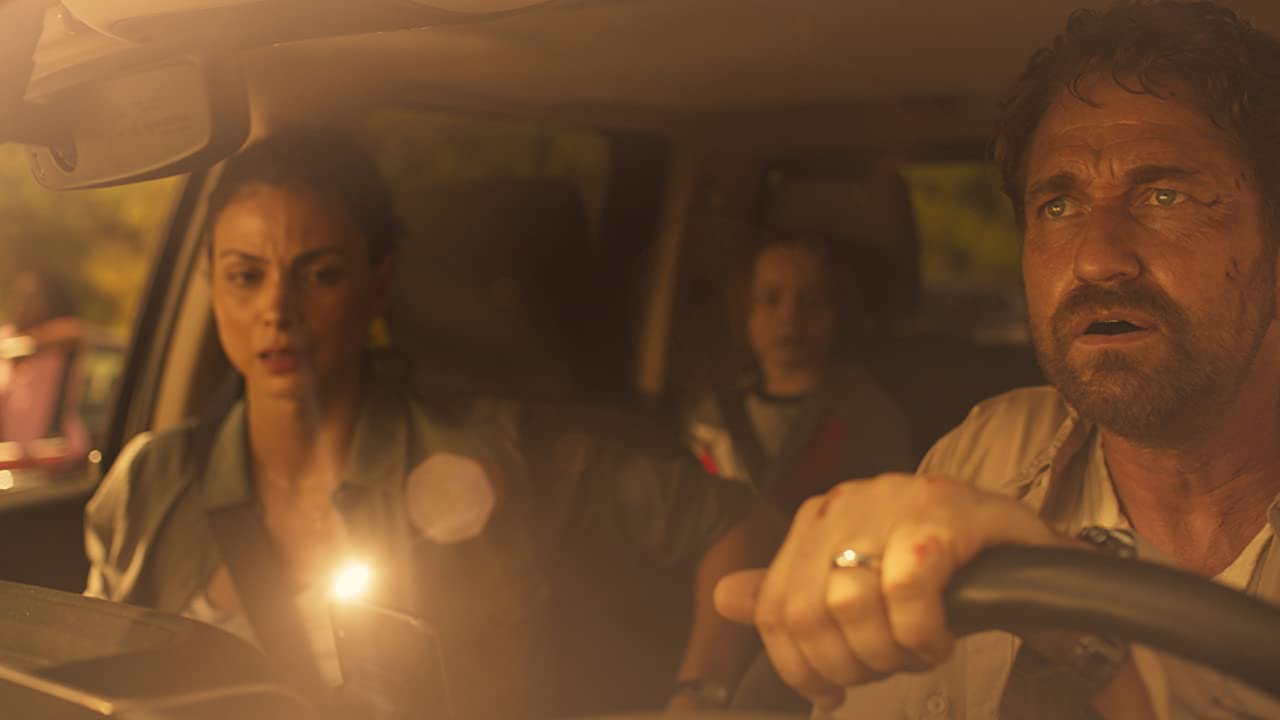 Greenland is a largely character-driven film that allows its 2 hour runtime to focus on the Garrity family. We learn about what has driven John and Allison apart and what it will take to bring them back together. Along the way, we are introduced to John’s father-in-law, Dale (Scott Glenn), who adds an insightful dynamic to the relationship and provides for a few meaningful moments of bonding.

The character and relationship focal point is actually where Greenland differs from its predecessors (i.e. Armageddon and Deep Impact). We are always alongside either John or Allison in their journey to protect each other and their son. There is no government intervention to destroy the comet. No crew sent to blow it up from the inside. There is no real secondary plot line or romantic side story. The Garritys’ efforts to save each other is more about reconciliation than it is rekindling. While the character focus is an interesting take on the disaster genre, it can sometimes get tedious and work against the film. It eventually becomes no surprise that the Garrity family must get past yet another obstacle en route to salvation.

With that being said, Greenland offers a fair share of spectacle, both of the practical and CGI variety. It certainly does not venture into Michael bay territory, but there are enough explosions and destruction evenly distributed to make sure you don’t get bored. Scenes of cataclysm are not overly ambitious yet still feel mostly theater-worthy.

While Greenland doesn’t particularly break any new ground, it competently handles its dramatic, suspenseful, and action-oriented moment, respectively. Its characters, while not complex, are both reasonable and flawed. This allows the audience to root for them when they win and feel for them when they lose. Greenland offers just enough depth and escapism to warrant a viewing, especially if you are in need of a break from reality.

While Greenland doesn't overachieve in any aspect, it offers a competent blend of character development, suspense, and disaster film action.