Redeeming Rose Tico – What J.J. Abrams Should Have Done Differently 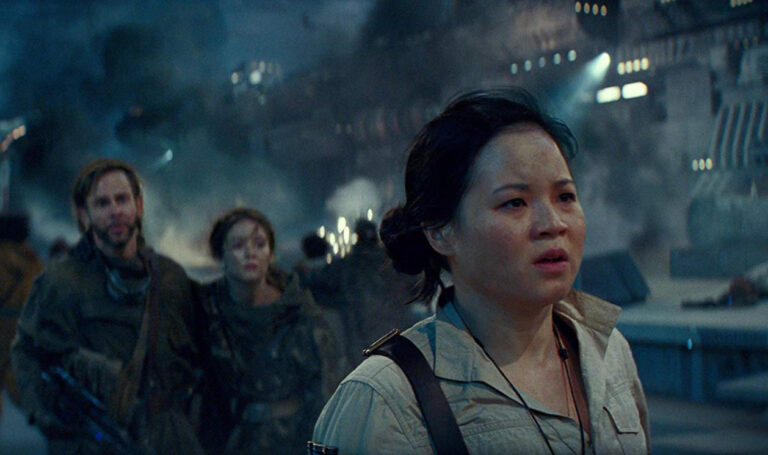 It’s pretty unquestionable that Rose Tico is one of the least-liked characters in the sequel trilogy. She was introduced in The Last Jedi with a great amount of agency, yet is blamed for leading Finn on a meaningless side quest, being too overt about political causes, and preventing a heroic sacrifice (not to mention an uncalled for show of affection moments later).

While fans loathed the Canto Bight scenes and seemingly untimely kiss with Finn during the battle of Crait, some took it too far and harassed Kelly Marie Tran online until she was forced to quit social media. This gave way to many commentators conflating well-meaning critics of her character with the trolls who attacked her. Suddenly, any detractor of Rose Tico was deemed a racist. 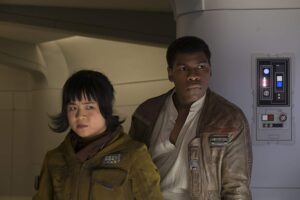 All things aside, Kelly Marie Tran is a charismatic actress and while Rose Tico had both lines of dialogue and actions that drew ire from ardent fans, there was meaning and purpose behind her character.

The Rise of Skywalker presented a chance for J.J. Abrams to do something special with Rose Tico. He could have and should have made her redeemable to the fans that felt she did a disservice by sidetracking the trilogy. He could have made her cool. He could have made her into a hero of the Resistance. Instead, she gets sidelined with just a minute or two of screen time and we’re introduced to and become occupied with a slue of new characters and storylines that have varying degrees of effectiveness.

Rose Should Have Become a Heroic Resistance Pilot

In The Last Jedi Rose Tico demonstrates familiarity with the mechanical side of the Resistance fleet. We meet her serving as an engineer and quickly learn that it was her sister who courageously sacrificed her own life dropping her bomber’s payload onto a First Order dreadnought.

What more meaningful role could Rose have played in The Rise of Skywalker than becoming a pilot herself. In The Last Jedi, we do see her driving a ski speeder (eventually into Finn’s). But given her sister’s background and the time that has passed between Episodes 8 and 9, it could have certainly been believable that she take the reigns of a more serious Resistance fighter ship.

How to Pay Off the Character

When the final trailer for Rise came out, it featured a new take on the original score played over a montage of emotion-invoking clips. One moment, which we thought may have been the most affective, showed what it appeared to be a kamikaze Y-Wing barrel-rolling into what we now know to be a “Death Star cannon” mounted on a Star Destroyer.  This should have been Rose Tico.

Picture Rose, now walking in the footsteps of her sister, deciding to pilot the workhorse of the Rebel/Resistance fleet. The fans who disliked the introduction of The Last Jedi‘s bombers would have appreciated that Rose is now flying the Y-Wing, a more traditional bomber ship of the alliance. A minute or two of screen time could have been used to explain that she had been training with Poe and other veteran fleet members between the events of Episode 8 and 9.

Now fast forward to the Battle of Exegol. Rose sees the cannon of a Star Destroyer taking aim at a Resistance ship holding Finn and their friends. She flys over and begans firing at it, not nearly causing enough damage to take it out of commission. No other Resistance ships are close enough to assist. Rose realizes that she can use the bombs her Y-Wing is equipped with to take out the cannon but that there’s no way to deploy them from above (the cannons are mounted to the underside of the Destroyer).

Rose decides that the only way she can save her friends is to sacrifice herself. She must have her Y-Wing and its payload blow up the cannon on impact. Finn, connected via comlink, begins an exchange, begging her to stop:

Finn: “Rose, you need to fall back. You taught me we need to protect the ones we love!”
Rose: “That’s exactly what I’m doing. There’s no other way. Finn, you taught me that our cause is greater than any one of us.”
At this moment, Rose looks down at her controls at an old picture of her and her late sister taped to the console (think Randy Quaid at the end of Independence Day). Staring at the photo, she clutches her Haysian smelt necklace that had meant so much to both women.
Finn: “Rose…”
Rose: “My sister taught me what courage was and you reinforced my belief in it. Thank you Finn, I love you.”

The comlink closes before Finn can respond. Overtaken by Rose’s heroic choice, Finn softly utters “May the Force be with you, Rose.”

The screen cuts to Rose hurdling towards the Star Destroyer, performing a barrel roll to avoid TIE fighter fire as she loses an engine. In the nick of time, she collides with the cannon, causing a giant explosion. Her character is gone, but her sacrifice is eternal.

In actuality, the Y-Wing we see in the trailer wasn’t on a kamikaze approach and instead is seen in the movie flying through and destroying the cannon seemingly unscathed. Rose is completely unharmed by the end of the film. She’s given no agency in The Rise of Skywalker and is present only because she had been in the prior Episode. J.J. Abrams had the chance to turn a character that fans felt at best indifferent about into one that had true meaning and purpose. There could have been a heartfelt payoff moment. Instead, we get something a lot less interesting and a lot more forgettable.