To All the Boys: P.S. I Still Love You Review – An adequate sequel that keeps the franchise door open 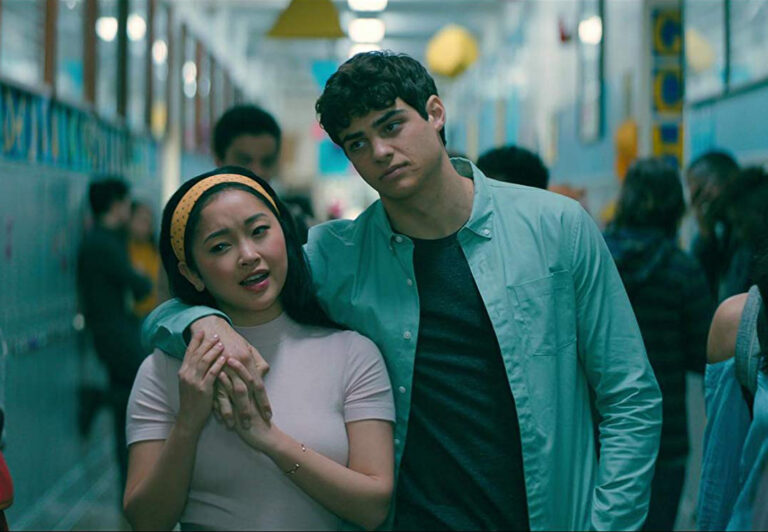 Netflix’s highly anticipated follow-up to 2018’s To All the Boys I’ve Loved Before features the return of the two charismatic leads, Lara Jean and Peter, played by Lana Condor and Noah Centineo respectively.  The film takes place shortly after the events of the first film and centers on the emergence of John Ambrose McLaren, a recipient of one of Lara Jean’s old love letters that were errantly sent out.

While the original To All The Boys was a bit experimental and unique in it’s teenage romantic comedy approach, P.S. I Still Love You takes a path that feels much more cookie-cutter and inline with typical offerings from the genre. We’re once again riding along for Lara Jean’s whimsical journey, trying to predict (as she does for herself) which road she’ll drive down in pursuit of true love.

John Ambrose and Lara Jean reunite while both volunteering at a local, upscale retirement home as part of a high school program. Sparks begin flying immediately as the two reminisce about their childhood encounters where they reconciled in each other’s mutual awkwardness. The situation proceeds down a familiar yet still relatable path. Lara Jean is continually drawn in and tempted by the charm and renewed connection found in John Ambrose while finding faults with Peter.

The love triangle becomes more pronounced as Lara Jean must deal with her conflicted feelings. Along the way, she confides in Stormy, one of the retirement home’s residents (played by Holland Taylor), who offers advice on young love. She also encounters Gen (Emilija Baranac), Peter’s ex-girlfriend, after the two are seen hugging and perhaps rekindling a romance of their own.

What P.S. I Still Love You gets right is maintaining a mostly realistic reflection of high school dating and young love in general: the temptation of “newness,” the recurrence of old flames, and the jealousy that quickly manifests from the mere idea of either. Many rom-coms address these themes but few do it in a way that feel natural and holistic. More attention in these films is dedicated to comedic attempts including slapstick, outlandish hijinks, pop culture references, or raunchiness. To All the Boys (both films) scales back the comedy just a tad bit and replaces it with focused dialogue. Both entries benefit from just the right balance of seriousness and goofiness, and seldom do they deviate too far from the core subjects.

The sequel’s weakest points are in the structure and predictability of the story, which feel very much like a template for any romantic comedy. Without the charisma of Condor and Centineo, as well as that of its supporting cast, P.S. I Still Love You would begin to feel like something you’d see on the Hallmark or Lifetime channels.  The plot of the original takes a much more unlikely path and even if you could foresee its destination, you were treated to a windier and more adventuresome trail.

Still, To All the Boys: P.S. I Still Love You has youthful energy and a spirited portrayal of immaturity. Together, the films feel like a coming-of-age for the Lara-Jean/Peter relationship.  The door is left often to future installments, which we feel like would be worth a stream. The only question is how Netflix might navigate a third entry. Will Lara Jean and Peter overcome a routine hardship and predictably end up together? Or can they once again get more creative?  We’ll have to wait and see.

To All The Boys: P.S. I Still Love You embodies the same charm and charisma as the original, but the story is less creative than the original and feels like a rom-com template.