The trailer for Fast & Furious 9 is hitting the internet on January 31st, with the full length film to follow on May 22nd. We thought we’d revisit the franchise and touch on why Tokyo Drift (2006), the black sheep of the Fast franchise, is actually the best of the bunch. This may be a hot take, but hear us out.

It’s actually a Car Culture film
The Fast and the Furious: Tokyo Drift was the first and still is the most predominant drift car and rally car racing movie, whether you like it or not. If you were of driving age when the film came out, your initial instinct after the first watch was to go out and try to drift (even if your car was front wheel drive). Though it doesn’t feel as viscerally car culture-esque as The Fast and the Furious (2001), it still should hit home with automotive enthusiasts.

First of the Fast & Furious to take place in another country
In modern Fast & Furious films (as well as Hobbs & Show), the main crew traverses the globe. We’ve seen Brazil, England, Dubai, Cuba and other countries and landmark regions featured. Tokyo Drift, however, was the first to take place outside of the United States. And it did it well.  Are there realistically mobs of drift racers all over Tokyo, Japan?  Maybe not. But we thought the film captured the culture quite well (despite the antagonist being the only Japanese lead).

The character arc of Sean Boswell
Within the Fast & Furious franchise, character development is somewhat scant. It’s not the main reason you go to see these films. We see small arcs here and there, namely Brian O’Conner (Paul Walker) in the first installment and Hobbs (Dwayne Johnson) in the fifth. But the largest growth in character belongs to Sean Boswell (Lucas Black) in Tokyo Drift.

A the beginning of the film, Sean is reckless and irresponsible. He’s a strong racer but is overzealous and is lacking in self-control. After his latest driving-related altercation, he’s sent to Japan to live with his dad. Throughout the film, the environmental circumstances change his character for the better. Sean’s enrolled in a school with much stricter standards than what he was used to in the United States. He’s introduced to the world of drift racing, where he is a relative beginner. He meets Han (Sung Kang) who is older and wiser. By the end of the film, he learns to be accountable and responsible for his actions. Simultaneously, through training and practice he becomes a more refined racer, as drift racing requires it. He not only has the largest character arc of the franchise but also the most earned arc.

The most racing scenes
Somewhere around Fast & Furious (2009) and Fast Five (2011), the franchise’s core morphed from car culture to action and adventure. While this upset many loyal fans of the first few movies, it’s understandable why Universal Pictures took this route. Action, after all, is a universal language and high production value chase sequences almost ensure success overseas. Tokyo Drift manages to stay true to the focus of the original, centering around a local racing scene and drivers with something to prove.

Choreography & Soundtrack
While Tokyo Drift doesn’t have cars pulling down a plane (Fast & Furious 6), building-to-building jumps (Furious 7) or the team taking out a nuclear submarine (Fate of the Furious), it does have some beautifully shot racing/driving scenes paired with music appropriate to the situation. For example, there is a great amount of grace and mood that emit from when Neela (Nathalie Kelly) drives with Sean in the passenger seat:

The best cameo
Vin Diesel’s cameo as Dominic Toretto in Tokyo Drift inextricably ties this film in with the rest of the franchise. His appearance signals that there’s more F&F on the way (which has certainly come to fruition). Vin did not appear in 2 Fast 2 Furious (2003), so it was refreshing for fans to see that he was back on board and somehow connected to an important character in this film. 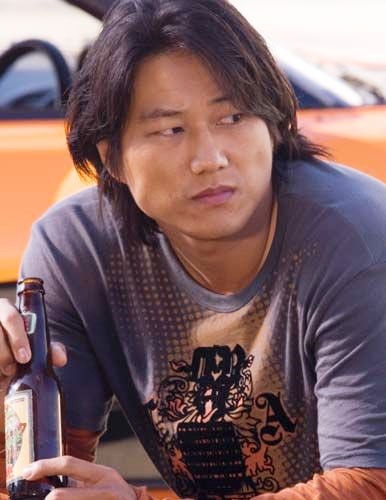 Adds a layer of depth to the Fast franchise
Given the above mentioned cameo, future Fast & Furious films were obligated to bring back the likable Han and explain how he will eventually end up in Tokyo. The fourth, fifth, and sixth installments of the franchise could potentially have been less successful if this secondary story line, featuring Han’s love interest with Gisele (Gal Gadot), was not present. In Furious 7, director James Wan was wise to revisit the moment where Sean meets Dom and the death of Han is discussed. Fans were happy to see this revisited, rather than ignored (a la The Lost World and Jurassic Park 3 in Universal’s other flagship franchise).

Explores a side-character/spin-off
The subsequent films in the franchise effectively turned Tokyo Drift into an exploration of Han’s character. It can almost be viewed as a spin-off (though we think that connotation has too negative a reputation to be used here). This opened the door for a movie like Hobbs & Shaw (2019) and future full-length side stories.

Can be watched as a standalone
Other than The Fast and the Furious, this is the only other entry into the franchise that can be watched independently. Sure, you can enjoy any of the sequels by themselves; the plots are not particularly dependent on the previous films. But to enjoy all that, say Furious 7, has to offer, you would have had to watch most of the films that preceded with it.  Tokyo Drift on the other hand is set in its own world and whether or not you’ve seen the first two Fasts has little bearing.

Why your girlfriend hates this film
We’re not trying to be sexist here and in actuality, women probably appreciate deep story lines and characters more than men. What we’re trying to say is that often when women agree to watch Fast & Furious films with their male counterparts, it is potentially because of what appeals to the eye rather than the brain. Tokyo Drift does not have the macho Dwayne Johnson or the charming Jason Statham or the smooth Tyrese Gibson or the late down-to-earth Paul Walker.  Instead, you get the awkward Lucas Black and goofy Lil’ Bow Wow (now just Bow Wow).

We hope that this think piece has inspired a rewatching of The Fast & the Furious: Tokyo Drift. It’s truly an underrated part of the franchise.  We’re excited for the 9th installment of the Fast series (10th, counting Hobbs & Shaw) and look forward to reviewing the upcoming trailer and eventually the film.